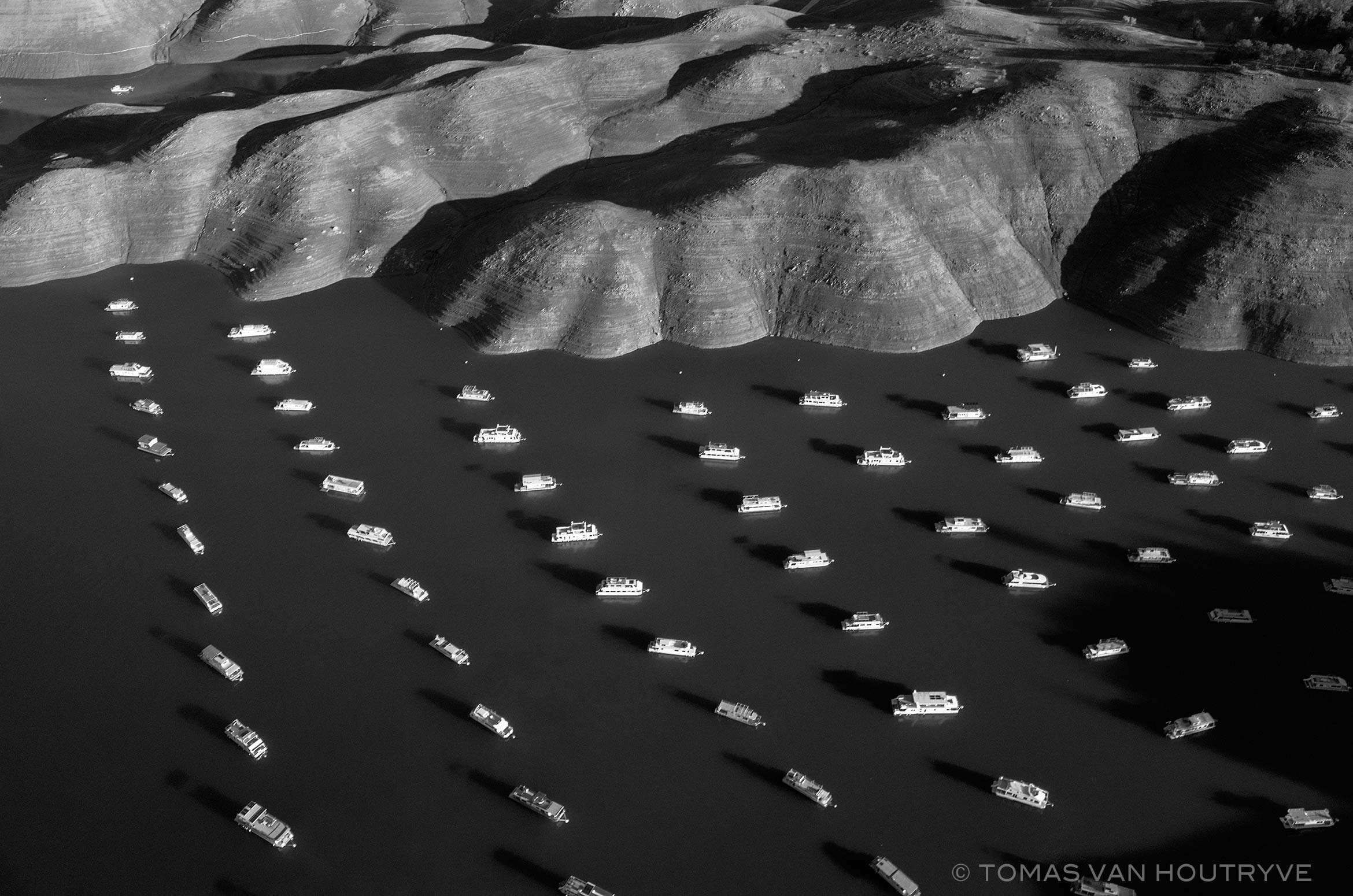 TIME Magazine published a 10-page spread of my Blue Sky Days drone project in their Dec. 29, 2014 issue. The work is also viewable on TIME.com as a 15-image slideshow. The photo essay was edited by Myles Little, and the accompanying text was written by TIME’s book critic and lead technology writer, Lev Grossman:   When a drone looks at a…  read more. 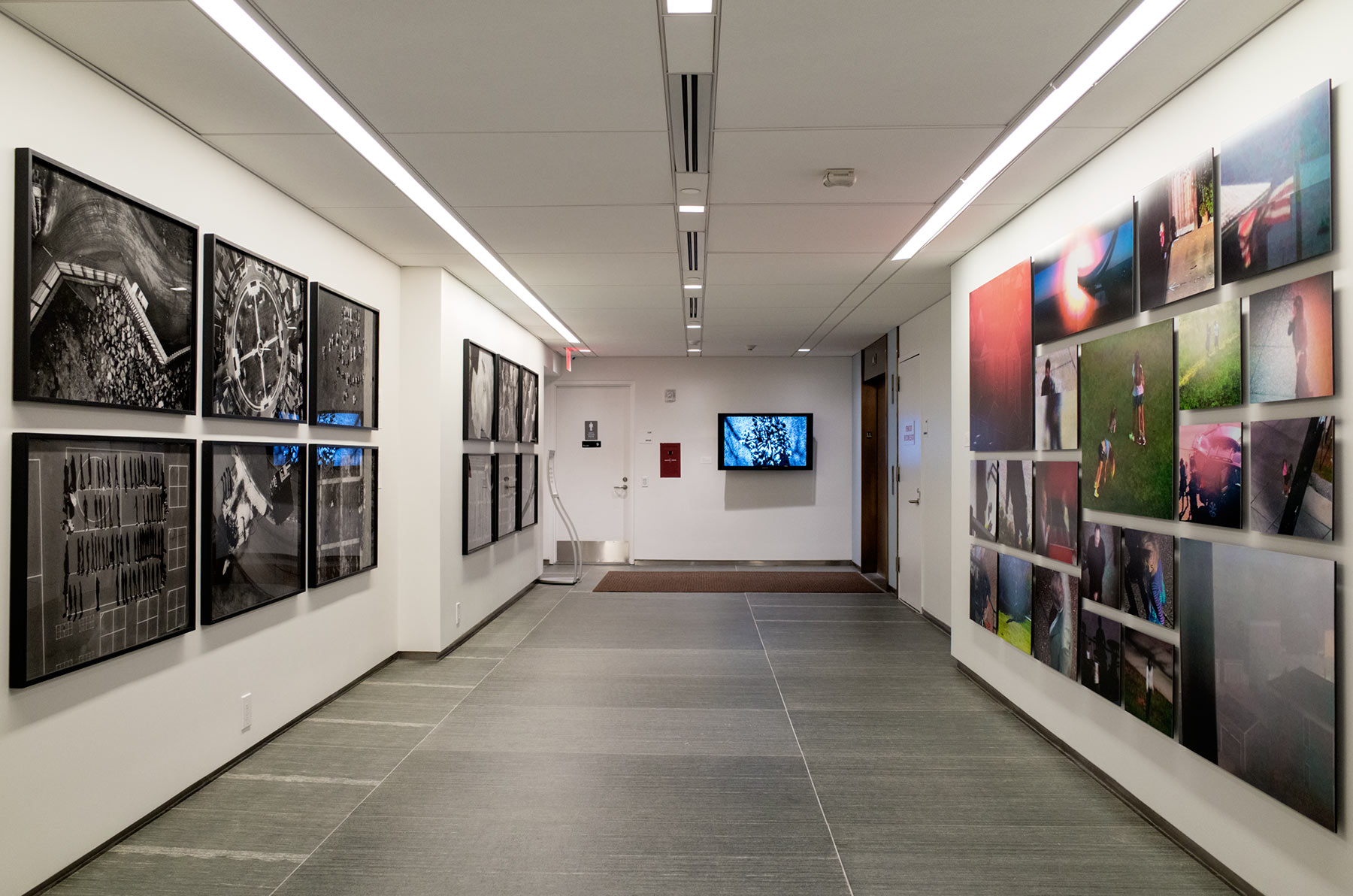 On Friday, I saw a preview of the Watching You, Watching Me group exhibition at the Open Society Foundations in New York City. The show features my Blue Sky Days drone project and nine other visual artists around the theme of surveillance. The show opens to the public on Tuesday Nov. 4 and will be visible though May 8, 2015. Leading up…  read more. 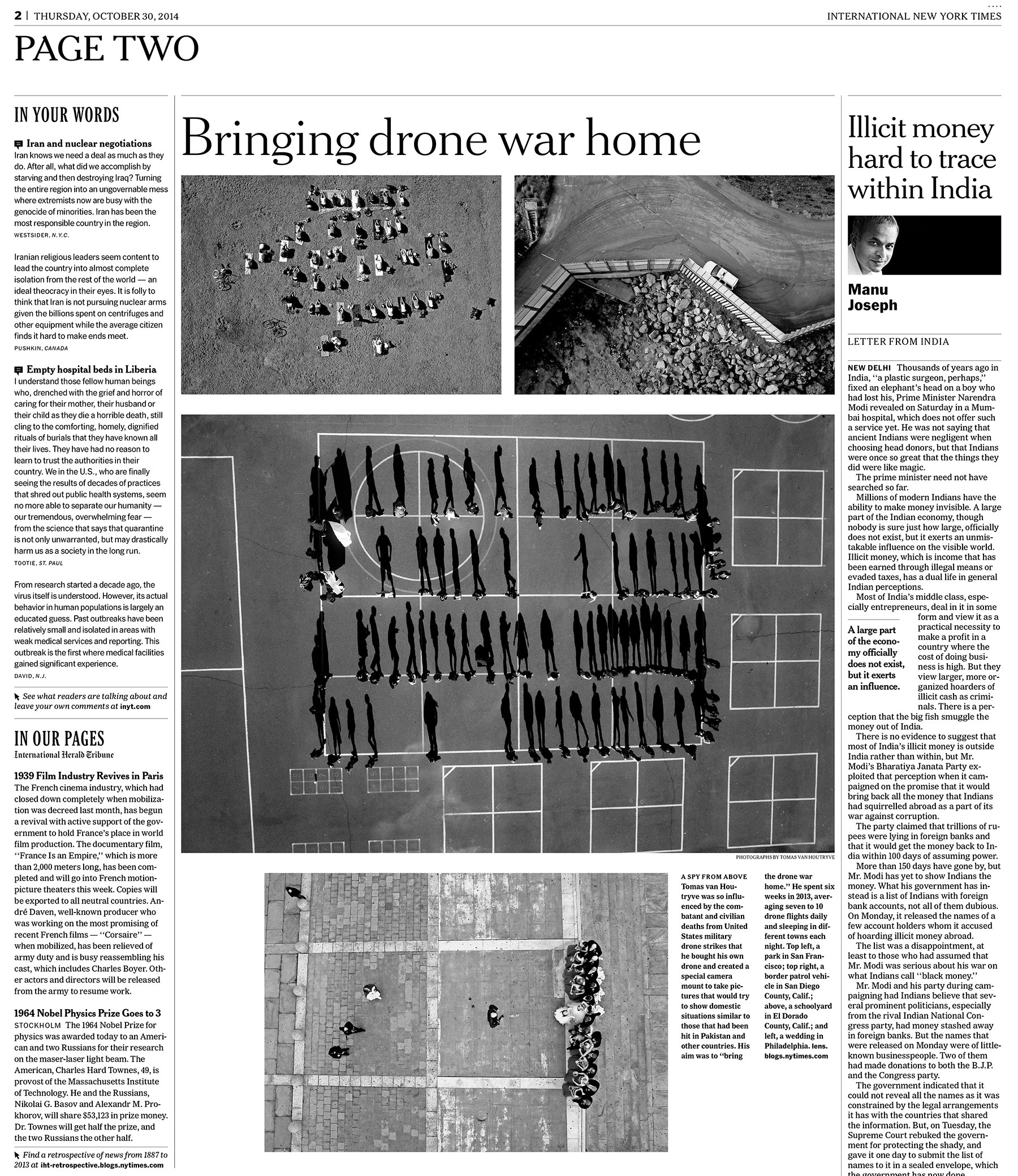 The New York Times featured my Blue Sky Days drone project in October, 2014. The article was written by Rena Silverman, who regularly writes about photography for the Times, National Geographic and other publications:   Tomas van Houtryve was reading about the thousands of combatant and civilian deaths from United States military drone strikes when he wondered what the aftermath…  read more. 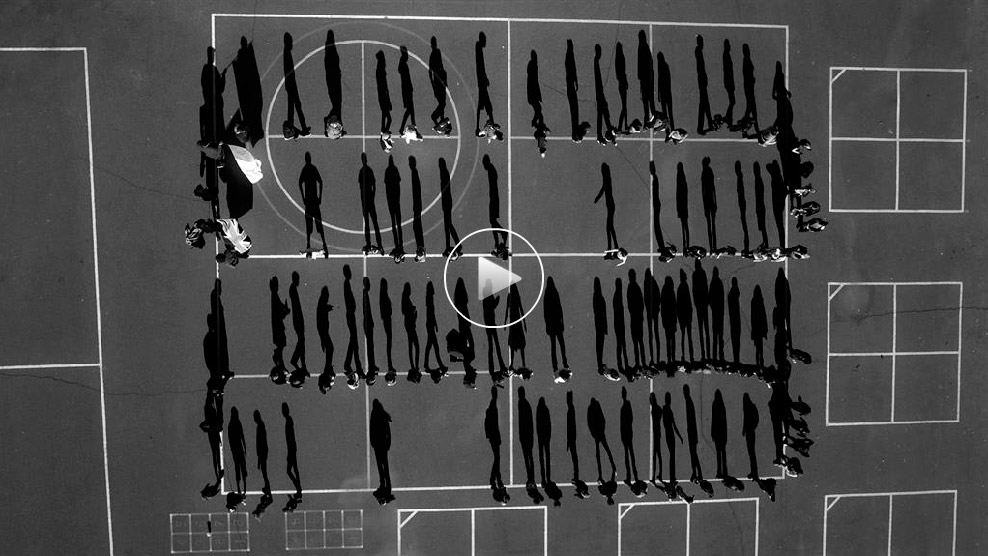 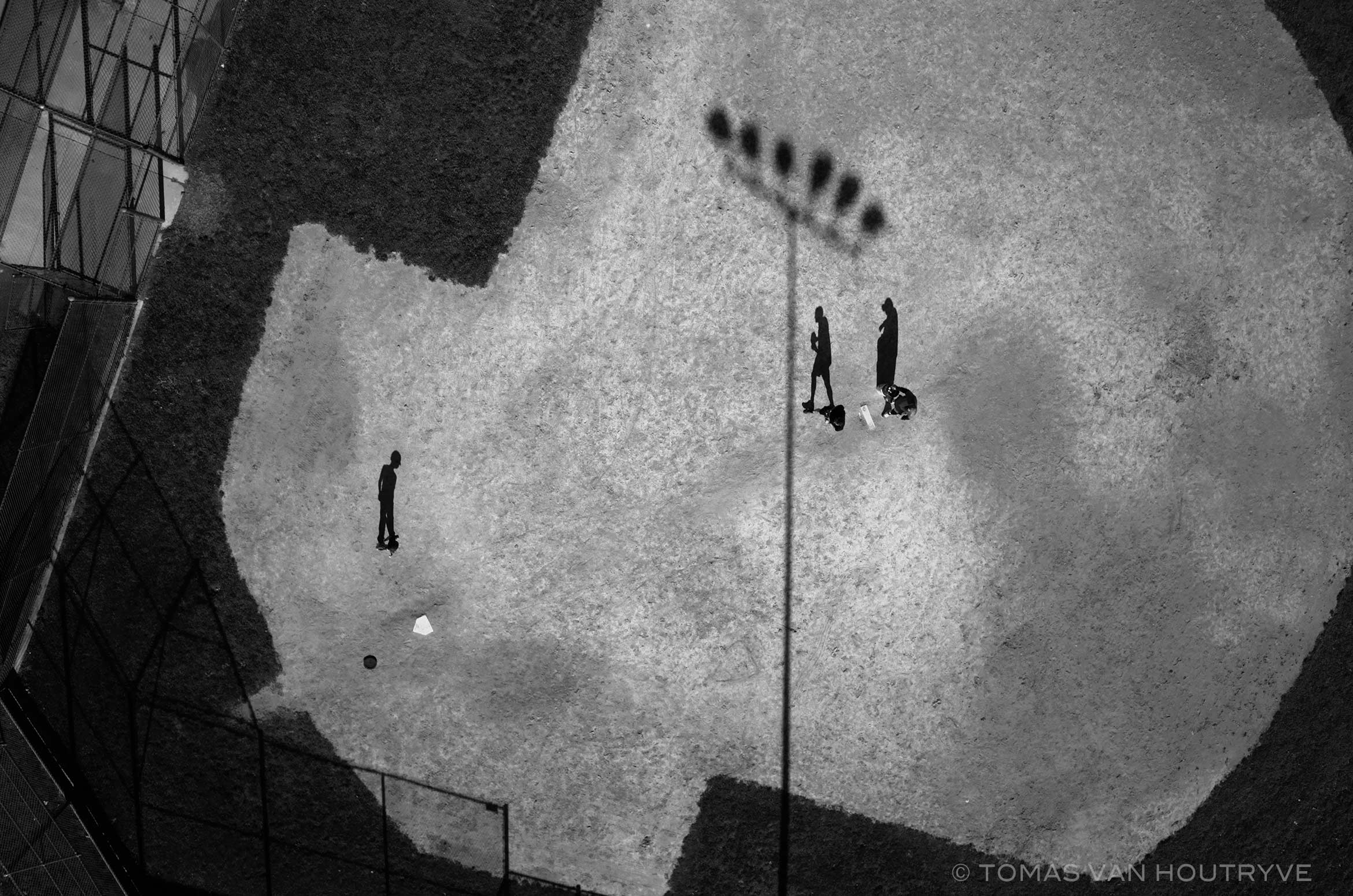 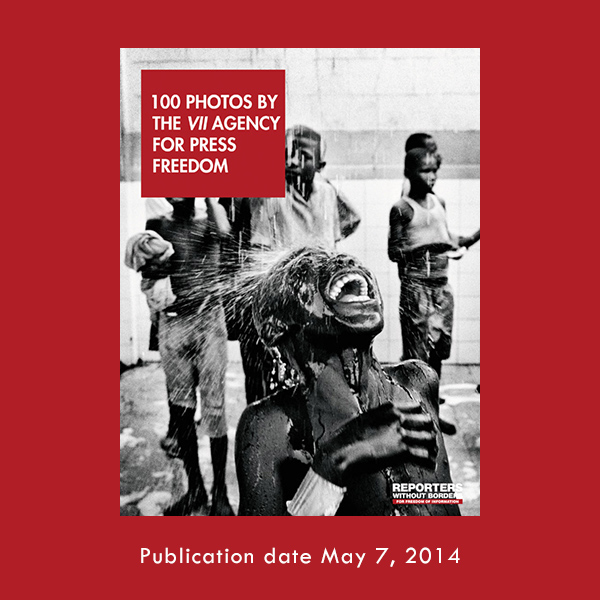 The latest volume of Reporters Without Borders’ 100 Photos for Press Freedom features my photos along with all my colleagues from the VII Photo agency. The collection, which will be published May 7, 2014, takes readers around the world through photos, from North Korea to Afghanistan to Cuba. It also features previously unpublished pieces by legendary US investigative reporter…  read more.

Interview in WIRED: What Drone Attacks in America Would Look Like 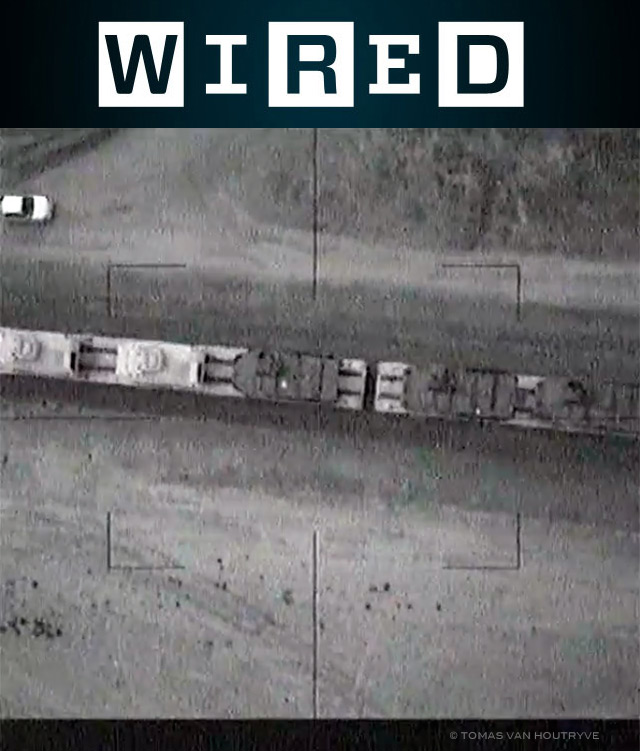 An article by Pete Brook about my Blue Sky Days drone project is featured on WIRED. Below is a brief excerpt of the interview: If U.S. citizens knew how it felt to be targeted by deadly flying robots, it might shape domestic attitudes toward the Obama administration’s drone program. Artist Tomas Van Houtryve is using video and photography to foster that…  read more.

A live television interview about my Blue Sky Days drone photo project and the corresponding publication in Harper’s Magazine appeared on NOW with Alex Wagner on MSNBC on March 21. I was questioned about the long-running covert U.S. drone war overseas, the proliferation of U.S. government-operated drones over domestic airspace, and the ease of obtaining small civilian drones. 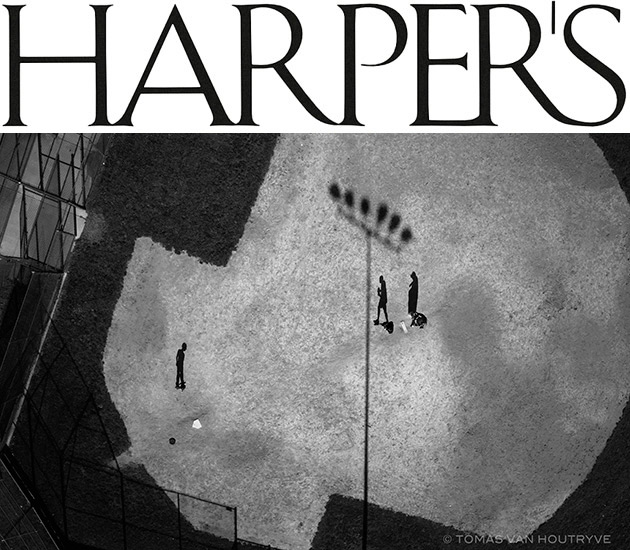 My project Blue Sky Days, which reveals a drone’s-eye view of America, is the longest photo story which has ever run in Harper’s Magazine since they started publishing in 1850. The April issue features a 16-page spread of black and white aerial images. The article’s introduction text, written by Anthony Lydgate, is posted below. A subscription is required to access…  read more.