Publication: Over the Line in TIME, a drone’s-eye view of the Mexico-US border 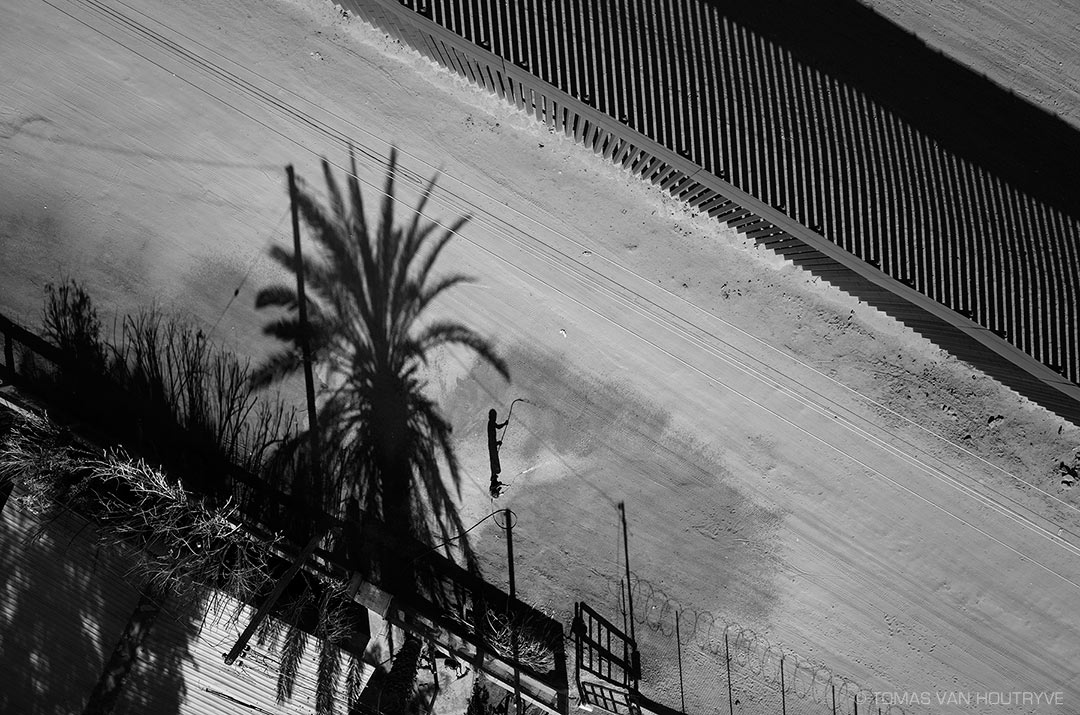 In its most ambitious use of drone imagery to date, TIME published my series of aerial photographs above the Mexico-U.S. border as the lead photo essay of it’s special report on the Drone Age. The new photos update my Blue Sky Days series, visualising the U.S. government’s use of drones in the time of Trump. Below is the original, unedited introduction…  read more. 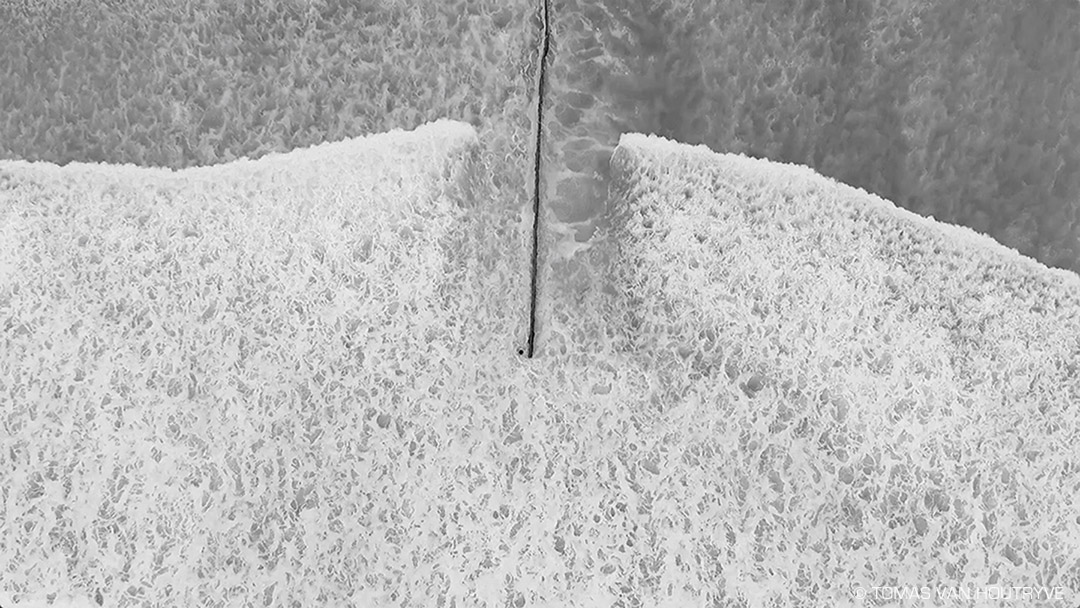 Aline Smithson, founder of LENSCRATCH, featured my trio of works on the Mexico-U.S. border to mark my selection as the First Place Winner of the Producer’s Choice Award from CENTER Santa Fe. Her post is copied below: . . . Congratulations to Tomas van Houtryve for his First Place win for the CENTER’s 2018 Producer’s Choice Award for his…  read more. 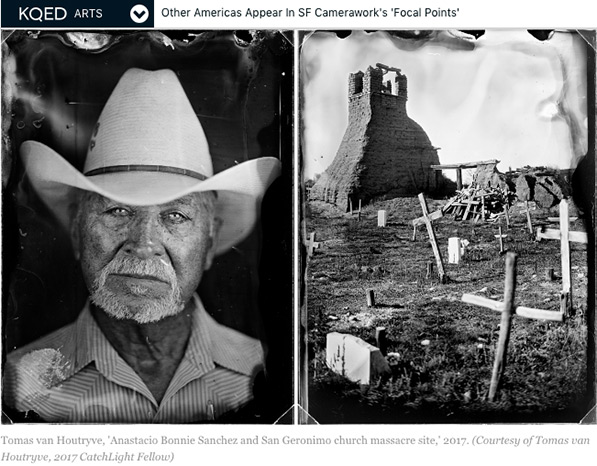 Sarah Hotchkiss, the Visual Arts Editor  of KQED, reviewed the Lines and Lineage exhibition at SF Camerawork in San Francisco, part of the inaugural CatchLight Fellowship show that includes work by Sarah Blesener and Brian L. Frank. The exhibition is open through 27 June, 2018. An extract of the review is posted below. “…Van Houtryve’s Lines and Lineage is based on the…  read more.

Interview: Lines and Lineage in The Six Fifty 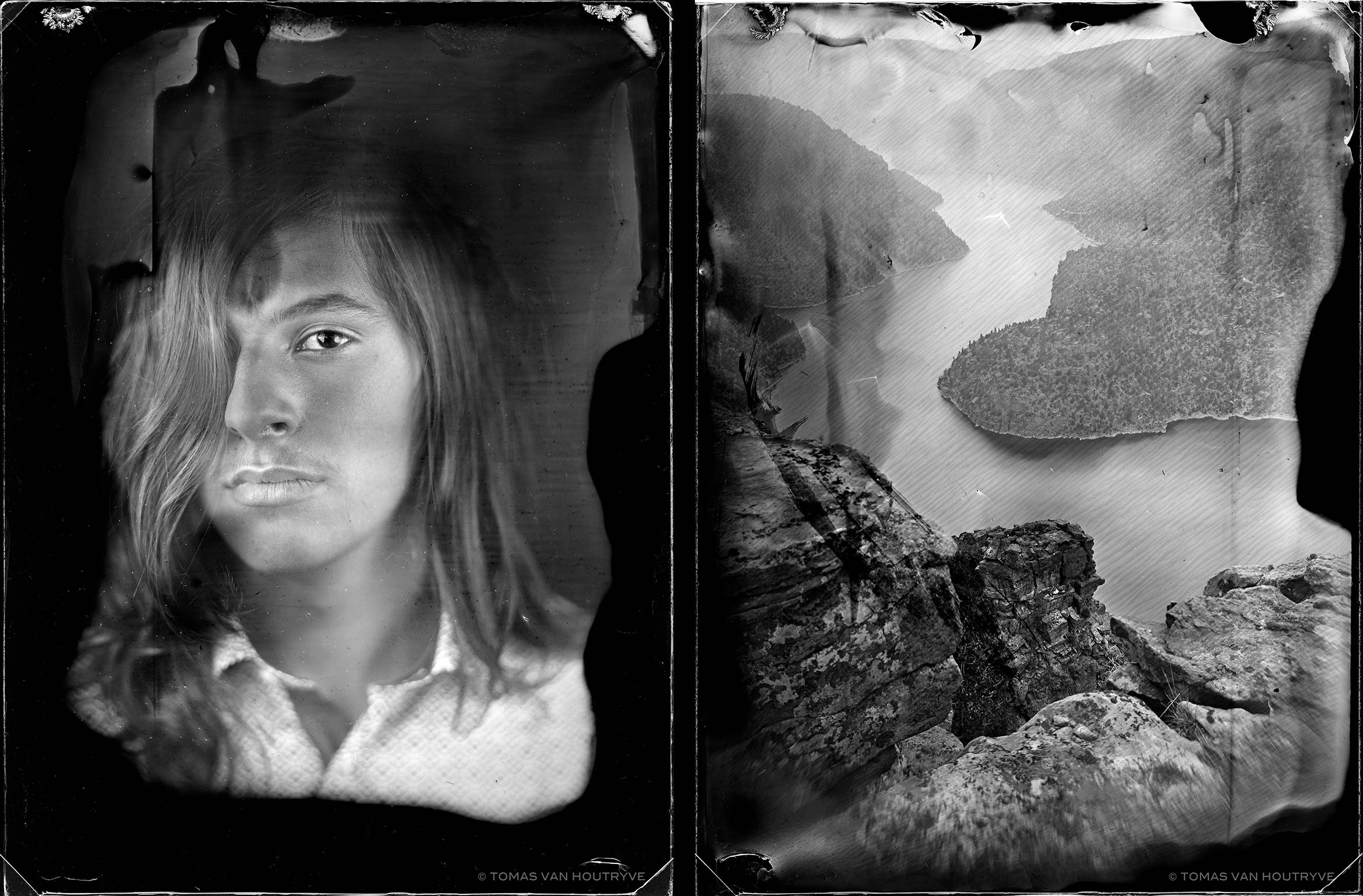 Ahead of the opening of the Lines and Lineage exhibition at SF Camerawork on May 3rd in San Francisco and a May 4th talk at the Palo Alto Photo Forum, I spoke with Charles Russo of The Six Fifty about how this work takes aim at the “collective amnesia” of U.S. history. Interview copied below:   The American West has never been short on…  read more. 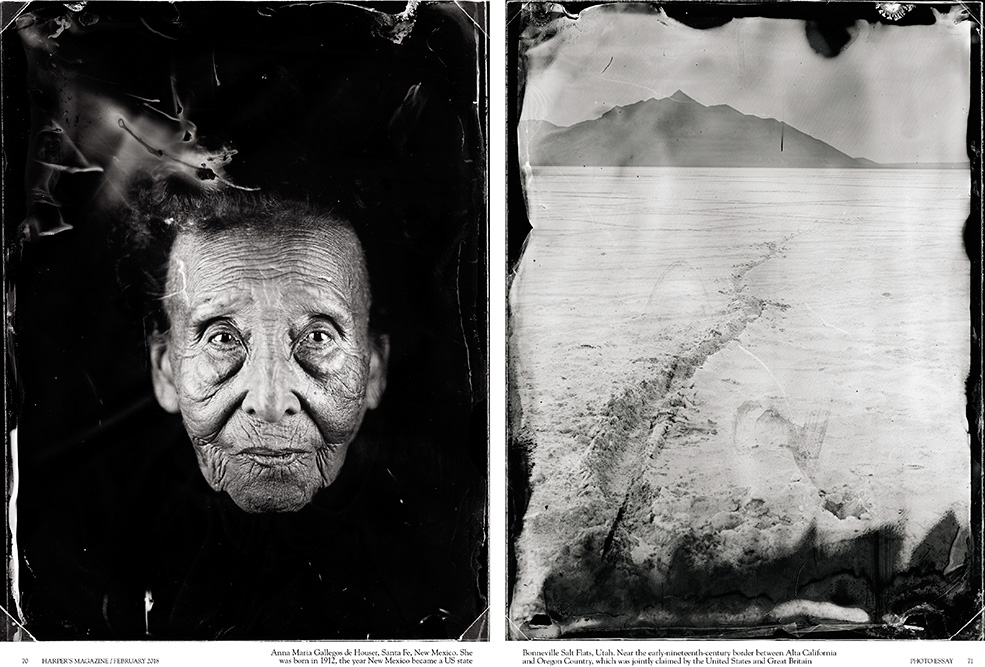 Harper’s Magazine features my latest project, Lines and Lineage, as a 12-page spread in the February 2018 issue. A subscription is required to view the entire feature online. The project was realized with a CatchLight Fellowship in partnership with the Pulitzer Center. My introduction text is copied below. We often forget that the boundary between the United States and Mexico…  read more. 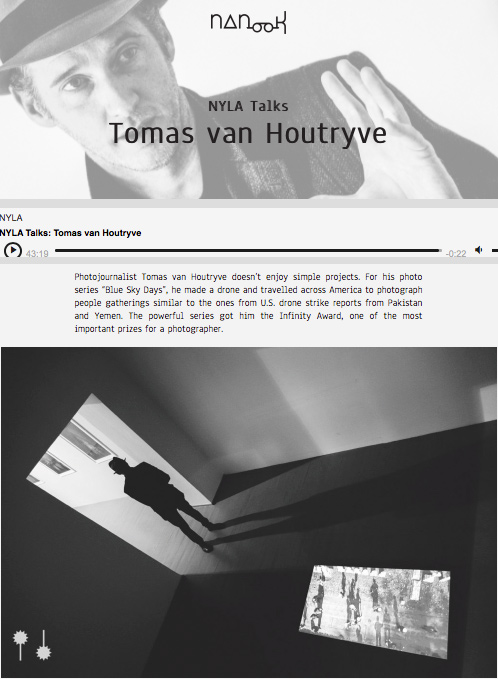 In a 40 minute podcast interview with Berta Tilmantaitė of Nanook, I spoke about my motivation and approach for the Blue Sky Days project that is currently on exhibition at Vartai contemporary art gallery in Vilnius, Lithuania. We also discussed the place of social media and photojournalism in our shifting media landscape, and how my Traces of Exile project helps reframe…  read more. 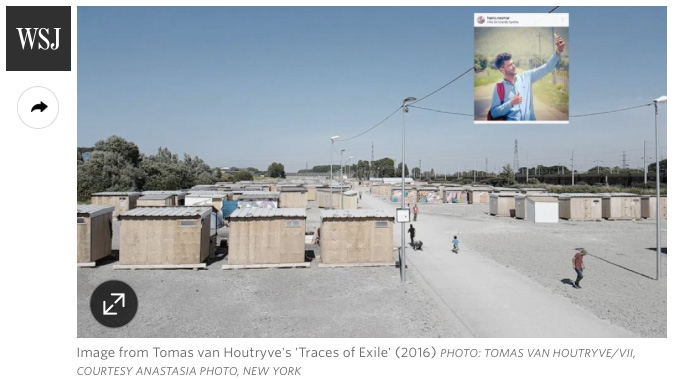 Richard B. Woodward, New York art critic for the Wall Street Journal, reviewed the “Perpetual Revolution” group exhibition at the International Center of Photography Museum (ICP), featuring my Traces of Exile video installation. Below is an excerpt from the review: “…The section on refugees opens with a wall of black-and-white photographs by Robert Capa and Chim ( David Seymour )…  read more.

Publication: Traces of Exile in The New Yorker 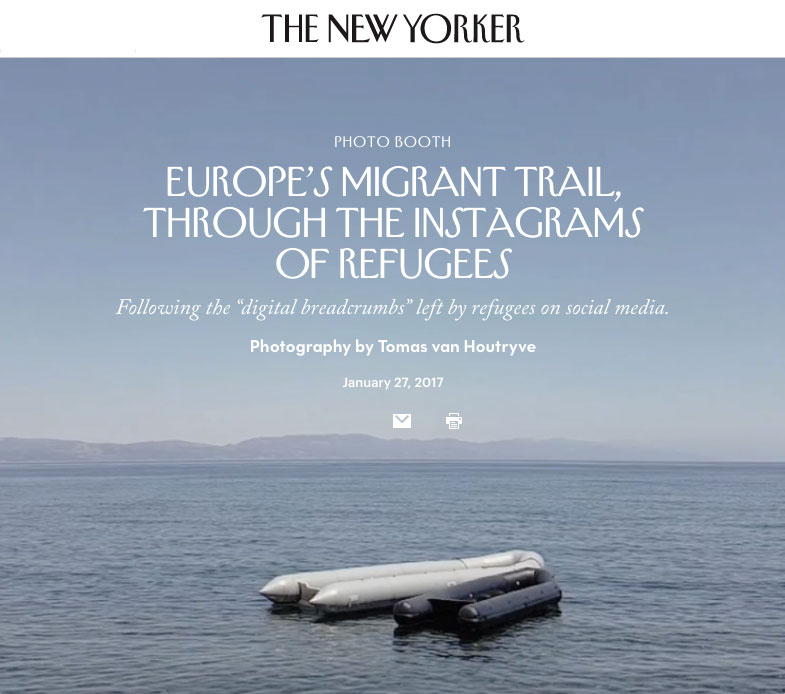 The New Yorker  featured Traces of Exile on Jan. 27, 2017. The publication includes six segments from my project which overlays enhanced video landscapes along the migrant trail in Europe with Instagram images that refugees posted to the same place. The text for the feature was written by Nicolas Niarchos and is copied below:   “Before the summer of 2015, the island of Lesvos was…  read more. 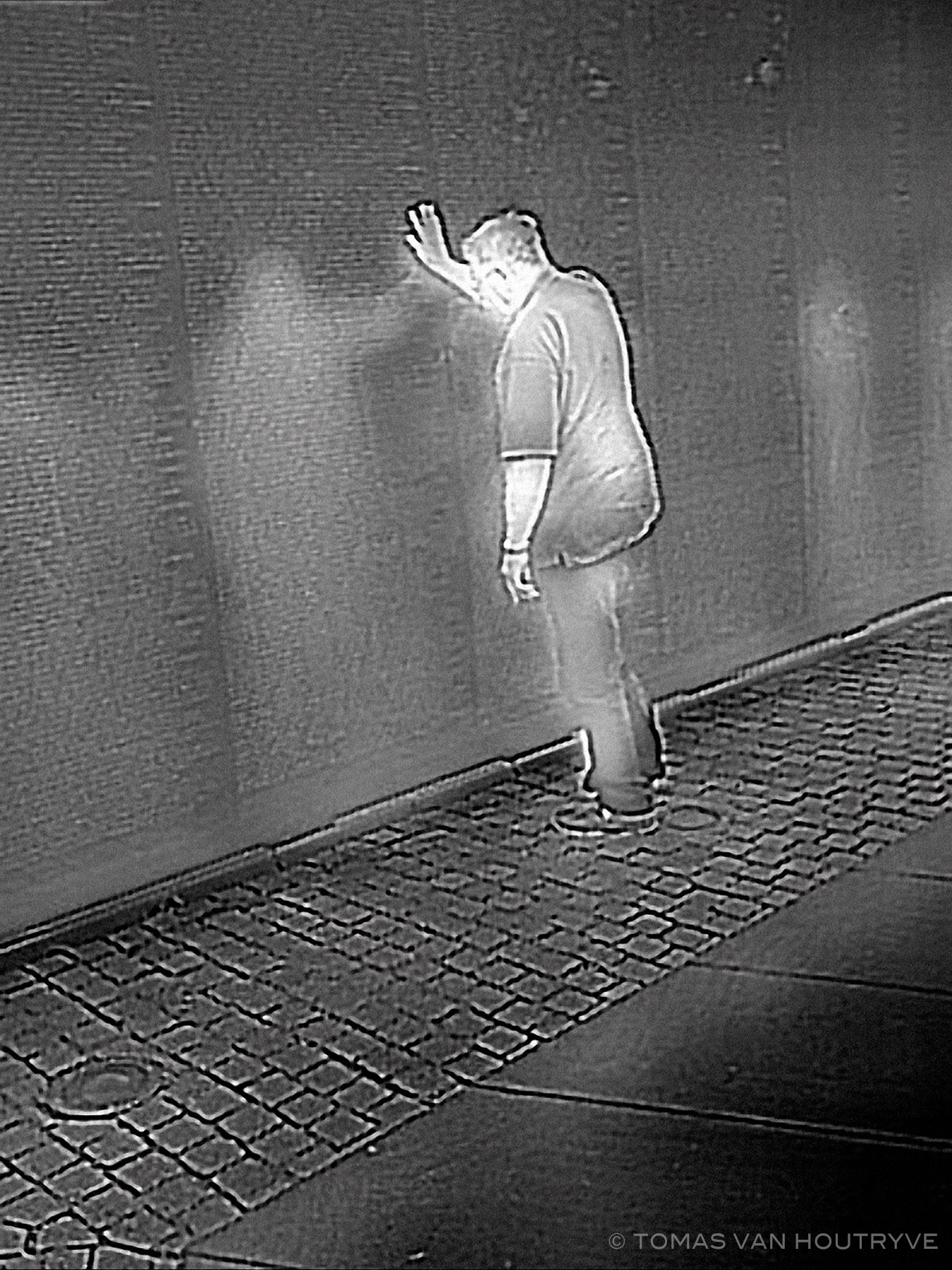 France’s Le Monde newspaper featured my Packing Heat project in an eight-page supplement titled, “La Guerre Sans Fin des Etats-Unis.” For three weeks, I traveled around the United States with Rémy Ourdan, Le Monde’s war correspondent, to see how American society had changed in the fifteen years since the 9/11 attacks. The feature is also available (in French) to subscribers as a…  read more.